Those born on April 19, 1995 are celebrating their 21st birthday today. For many Oklahomans it’s the 21st anniversary of the day their home was attacked and their loved ones were murdered by deranged individuals seeking revenge on a government they disagreed with. 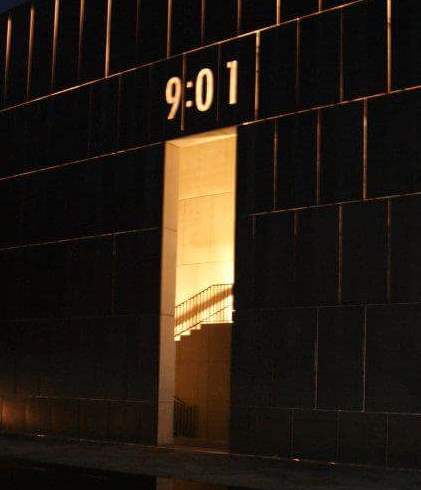 On April 19, 1995 at 9:01 am Oklahoma City, Oklahoma was having a day like any other. People were arriving to work, babies were being held at daycare, phone calls were being made, kids were sitting in classes. It took 1 minute and 1 individual full of anger and hate to end the lives of 168 Americans and change the lives of thousands more forever. By 9:03 am we were a wounded city, state and nation. All over the world people mourned and prayed for Oklahoma. All that pain and devastation because someone hated choices made by individuals in our government trying to protect others.

Our government makes mistakes and sometimes we greatly disagree with their choices and decisions but we, Americans, also take for granted all the things our government has given us and how much better off we are than so many other nations. Can our government be better? Absolutely! But attacking one another and creating more hate and anger towards each other only creates more of these horrible events. Hate fuels the fire within people who don’t understand reason, compassion, or acceptance. We CAN NOT be a nation that stands behind any person or group that supports division instead of unification. Do not give your votes to people who spew hate and disrespect of other individuals, groups or agencies. We can disagree with each other’s choices and still embrace our diversity and accept that we are different and show respect for one another.

Any individual or group who supports hating or creating fear among any part of our population is creating more homeland terrorism. More events like the attack on the Alfred P. Murrah Building are inevitable when people become irrational with hate and fear. Our basic rights are not being attacked by our government or any other power because laws are created trying, sometimes fruitlessly, to keep us from continually harming one another. Those who encourage such thinking are inciting anger and fear unnecessarily.

Today and everyday I ask you to remember the Pledge of Allegiance we recited as children all over this country. Let those last five words, “liberty and justice for all.”, mean something to you as you go through your daily life in an amazingly diverse world full of all kinds of people with all kinds of lives. Liberty and justice FOR ALL; not just the white, straight, christian, American born.

Let the lights of the OKC Bombing Memorial be a reminder of what hate and fear can do.

All Photo Credits by Chrissy Justice

As an Oklahoman who cried 21 years ago and every time I look back on the devastation caused by one irrationally fearful and hate-filled man (and those who followed him) I worry those with big voices are encouraging this kind of event to happen again. The only thing more powerful than fear and hate is love. Love one another because of our differences, not despite them.